“I am no longer particularly interested in the manifestations of the phenomenon. I am pursuing the source of the phenomenon itself. To do this, I had objectively divorced myself from all the popular frames of reference. I am not concerned with beliefs but with the cosmic mechanism which has generated and perpetuated those beliefs.” – John Keel, The Mothman Prophecies – A True Story

During my childhood I encountered a large amount of paranormal experiences. Such experiences were imbedded in the fabric of my studies of the occult and Hinduism and consequently did not deeply frighten or disturb. If anything, such experiences guided me into pathways of exploration. As a child I was a voracious reader and my mother was all to happy to encourage this habit.

I remember being dropped off at the public library and making my journey into the stacks of books on the occult, ghosts, the paranormal, UFO’s, etc. Each book was a mystery waiting to be uncovered, offering clues which I could use to understand the unexplainable experiences I would often encounter. Perhaps the most important book of my youth was discovered in such a darkened corner of the public library –“Phone Calls from the Dead” by D. Scott Rogo and Raymond Bayless.

I still own this book. Its home on a particular shelf in my library seems to radiate a darkness which I have come to refer to as “gnostic nostalgia.” During the month of October, I always pull this book from the shelf and re-read its fading pages.

The book is now held together by a rubber band, the spine long cracked and pages falling out are stuffed inside. Each time I hold this book, it acts as a time-machine, transporting me back to a time which introduced me to the strange and unusual.

The concept of individuals receiving phone calls from the realm of the dead was so intriguing to me. After devouring this book at the age of 12, I would re-read the pages imagining the sounds of the phone receiver crackling and hissing as voices from the unknown regions swarmed into the lines. I was able to acquire an old phone and set this up in my room.

What if I received such a call?

I would wait into the long hours of the night wondering if such a phone call would arrive. What happened when this phone call did arrive will be saved for another chapter, another story.

Many years after reading this evocative text, I encountered the clairvoyant / spiritualist Frances Dodick. A close friend recommended I pay her a visit for a “reading.” I was not particularly interested in “readings” but a deeper sensation called to me after hearing of Frances so I called and arranged an appointment.

I arrived at the house of Frances Dodick on a cloudy October day. She answered the door with a smile and ushered me in. She was nothing of what I had expected. Frances radiated the atmosphere of an elderly school teacher who was happy to see an old student.

She asked me to have a seat in her day room and quickly said to me, “This is interesting, please sit down and I will be back shortly.” I sat in the room for what seemed like an eternity.

Frances finally returned with a notebook in her hands and asked me, “Are you interested in spiritualism?” I wanted to be polite. I explained that I had a deep interest in the occult, particularly Hinduism.

She responded, “Ok. I am asking because your name came up in a séance last week at Camp Chesterfield.”

At this point, a disembodied voice spoke into my right ear, “Michael.”

I was extremely confused and a bit shocked and Frances smiled.

“Oh your spirit guide is here, we can start the reading now.”

This was the beginning of an eight-year journey of nights in the séance room of Frances Dodick. Over these years, she mentored me in many areas of spiritualism, in particular psychometry.

Sitting innocently in this darkened séance room were many beautiful paintings, a trumpet, and a phone that was not plugged in to the wall – every Thursday evening, the Baton Rouge Spiritualist Church would gather for prayers and communications with the realm of the unseen. Frances would occasionally comment, “perhaps the trumpet or phone will be used tonight”, but over my eight-year journey with Frances, disembodied voices spoke directly to us without any need of a trumpet or a telephone.

We received no phone calls from the dead….

Time passed and I became busy with college and life and was unable to attend the Thursday night seances. Over the years, Frances would randomly call me, always late at night. I would be laying in bed reading or sleeping and the phone would ring.

This was prior to the era of cell phones so it would often be shocking and disorienting to hear the phone ring loudly during the quiet hours of the night. I would answer and the soft voice of Frances would echo from the receiver, “Hello Craig, I have a message for you from your Spirit Guide….”

I remember every single late-night conversation with her, each message would go on to describe what would become the most important experiences of my life.

Frances passed into spirit on Wednesday, July 1, 2009. Every October I think of her.

I remember the floral smell of her séance room, the flickering candles which lit the darkened room. I remember her telling me of the three small beings who appeared in her room when she was young and distraught over the death of her fiancé, three beings who she said looked like “small aliens”,  I remember her voice and her words of support and guidance.

Every October, when I pull down the book “Phone Calls From the Dead”, I can’t help but wonder if one day, perhaps one dark night, I will receive a phone call from Frances with messages from beyond the veil.

I wish everyone an inspiring and darkened Halloween Night. Don’t forget to keep in eye on your phone in the quiet hours of the night, perhaps you will receive a phone call from an old friend who now walks in realms unknown… 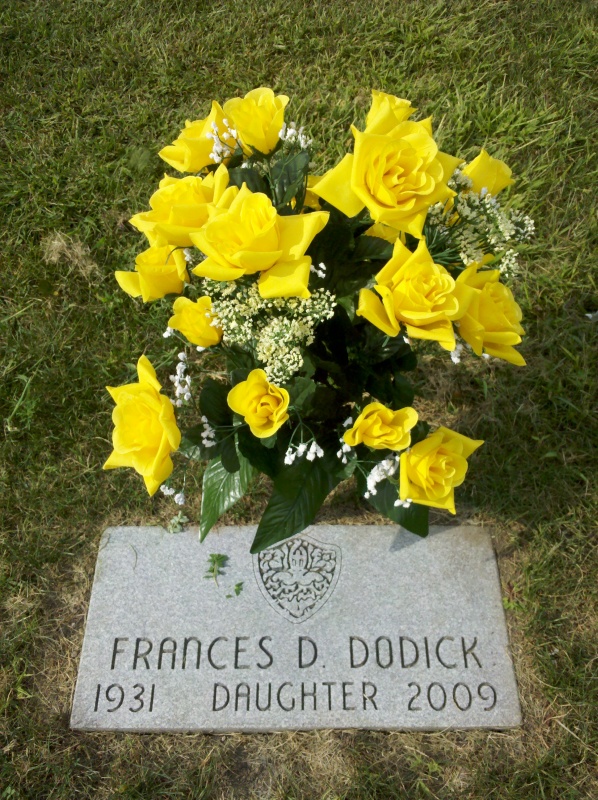